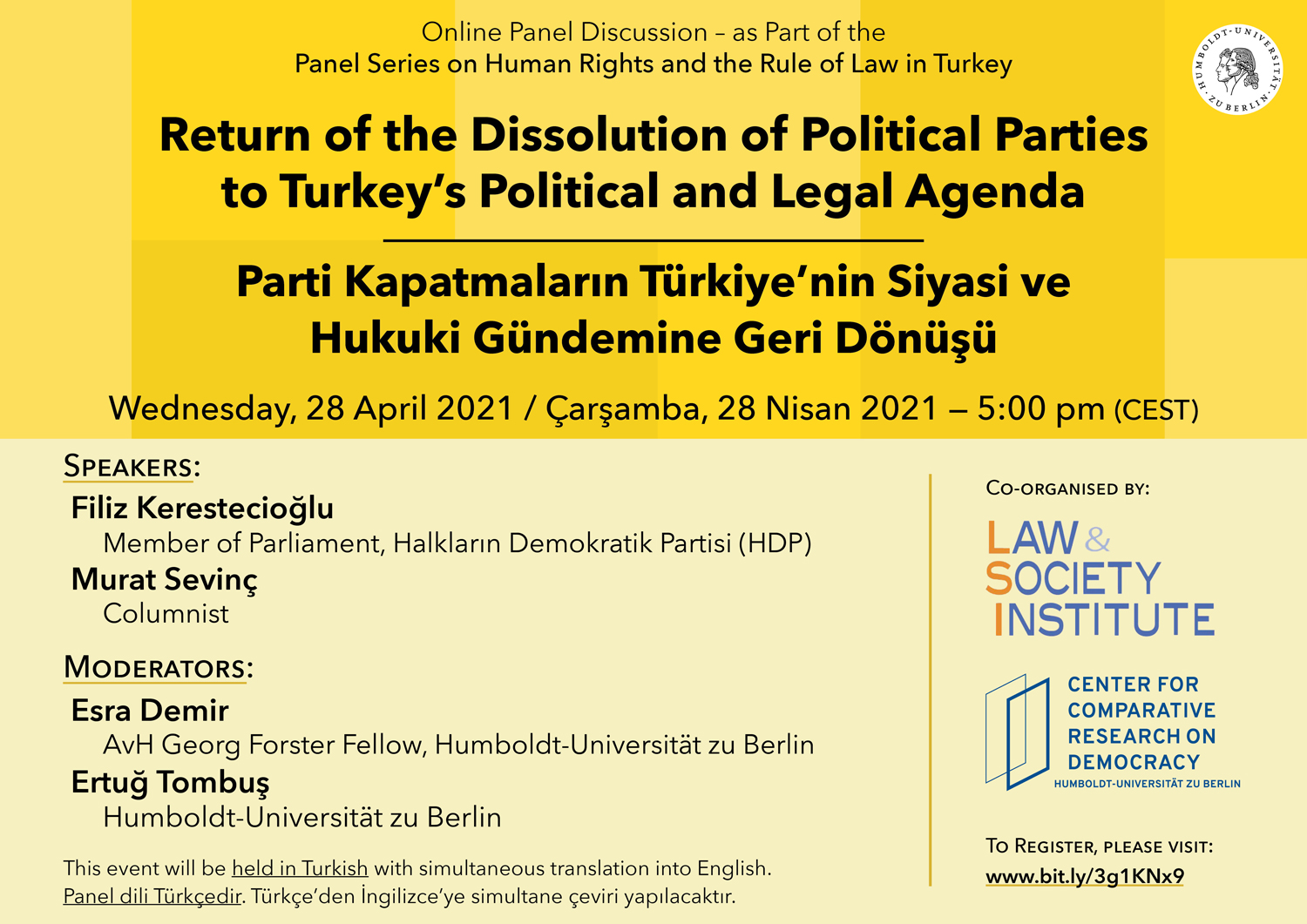 The panel is part of the panel series on Human Rights and the Rule of Law in Turkey.

In March 2021, the Chief Public Prosecutor of the Court of Cassation filed a case with the Turkish Constitutional Court demanding the dissolution of pro-Kurdish People’s Democratic Party, the second largest opposition party represented in the parliament. Although Turkey had a long history of party dissolutions, this has been the first attempt since the Democratic Society Party, another pro-Kurdish Party, was closed down in 2009. With Filiz Kerestecioğlu (member of the Parliament (HDP) and lawyer) and Murat Sevinç (columnist and political scientist), we will discuss the political and legal implications of this return to party closures.

This event will be held in Turkish with simultaneous translation into English.