Freedom of the Press in Turkey: Challenges and Implications Online Panel Discussion 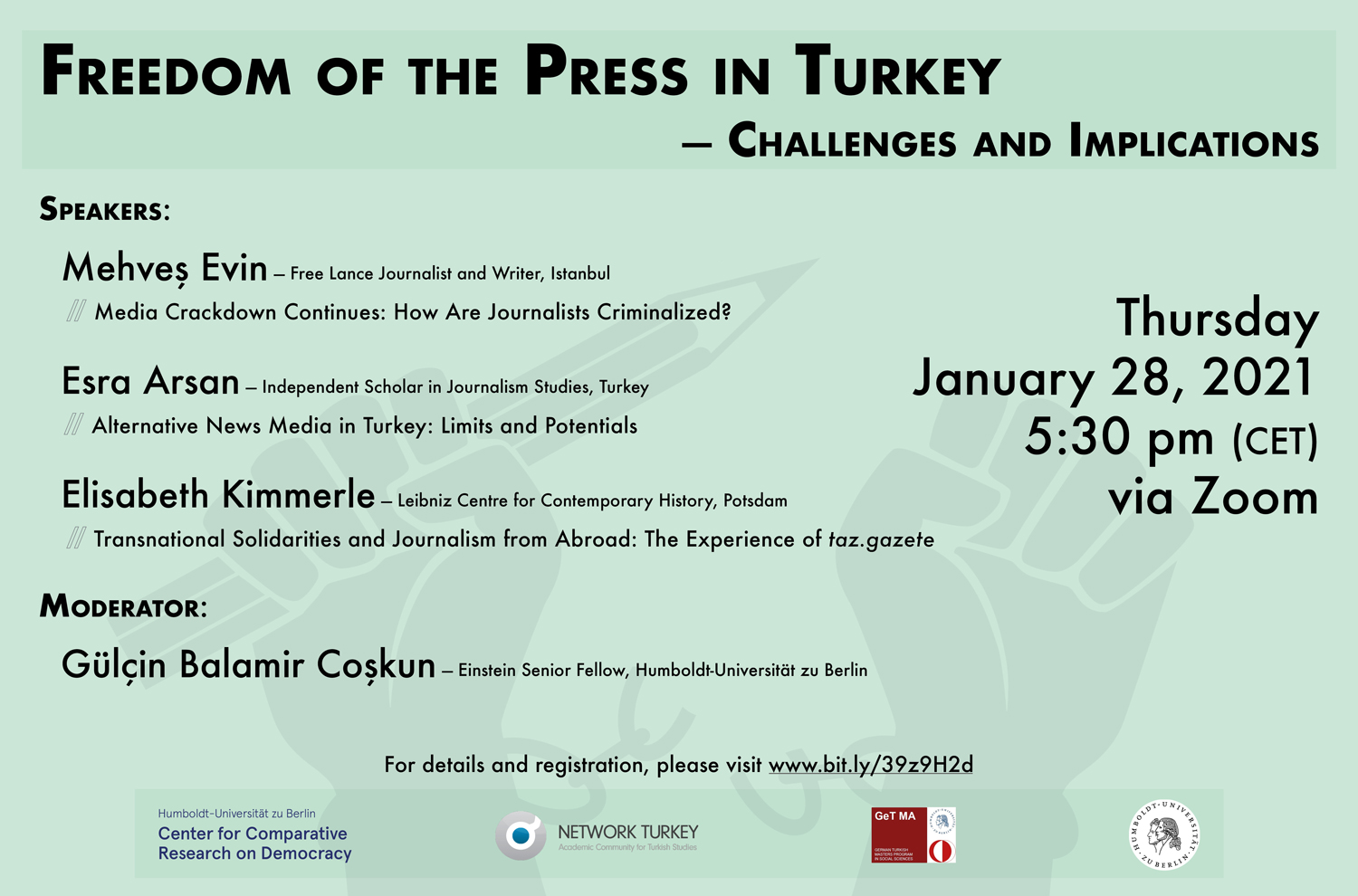 An International NGO ‘Reporters without Borders’ (Reporters Sans Frontières, RSF) ranked Turkey 157th out of 180 countries in their ‘2019 World Press Freedom Index’. RSF claims that Turkey is “the world’s biggest jailer of professional journalists” and that “the authorities are tightening the vice on what little is left of pluralism”.

With our panel on “Freedom of the Press in Turkey – Challenges and Implications”, we want to look at the topic from different angles. What is the current situation regarding press freedom and independent media in Turkey? Is the government’s strategy one of suppressing critical journalism or at the same time creating their own positive coverage? What are the consequences of increasing political pressure on free press for other fundamental rights and democratic life in general? What possibilities do exiled journalists have in covering the political situation in Turkey from abroad? What are other strategies in or outside Turkey to deal with the difficulties in journalism in Turkey?

To answer these questions we want to bring journalists and scholars together to shed light on the current conditions of free press, independent media and journalism as a profession.

This event was held in English. It took place online via ZOOM on Thursday, 28 January, 5:30pm (CET).