Keynote Lecture by Ran Hirschl: Constitutions and the Metropolis 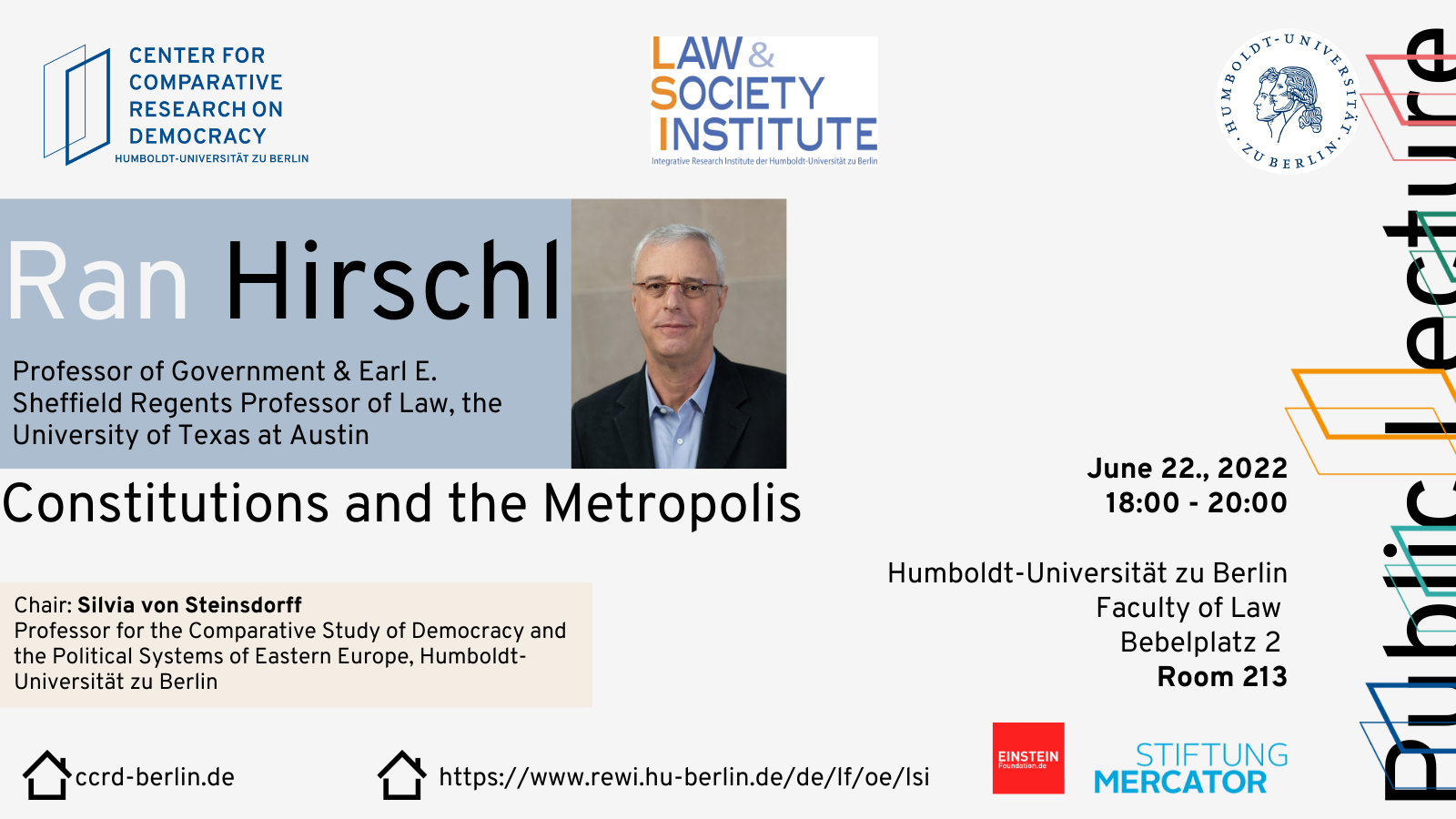 Constitutions and the Metropolis

Chair: Silvia von Steinsdorff is Professor for the Comparative Study of Democracy and the Political Systems of Eastern Europe, Vice Dean of the Faculty of Humanities and Social Sciences, and Co-Director of the Integrated Research Institute Law & Society (LSI) at Humboldt-Universität zu Berlin

This event is co-organized by the Center for Comparative Research on Democracy and the Integrative Research Institute Law & Society (LSI) at Humboldt-Universität zu Berlin with the support of Stiftung Mercator and Einstein Stiftung Berlin.

The lecture is the keynote event of the CCRD Workshop: Reclaiming Democracy in Cities.