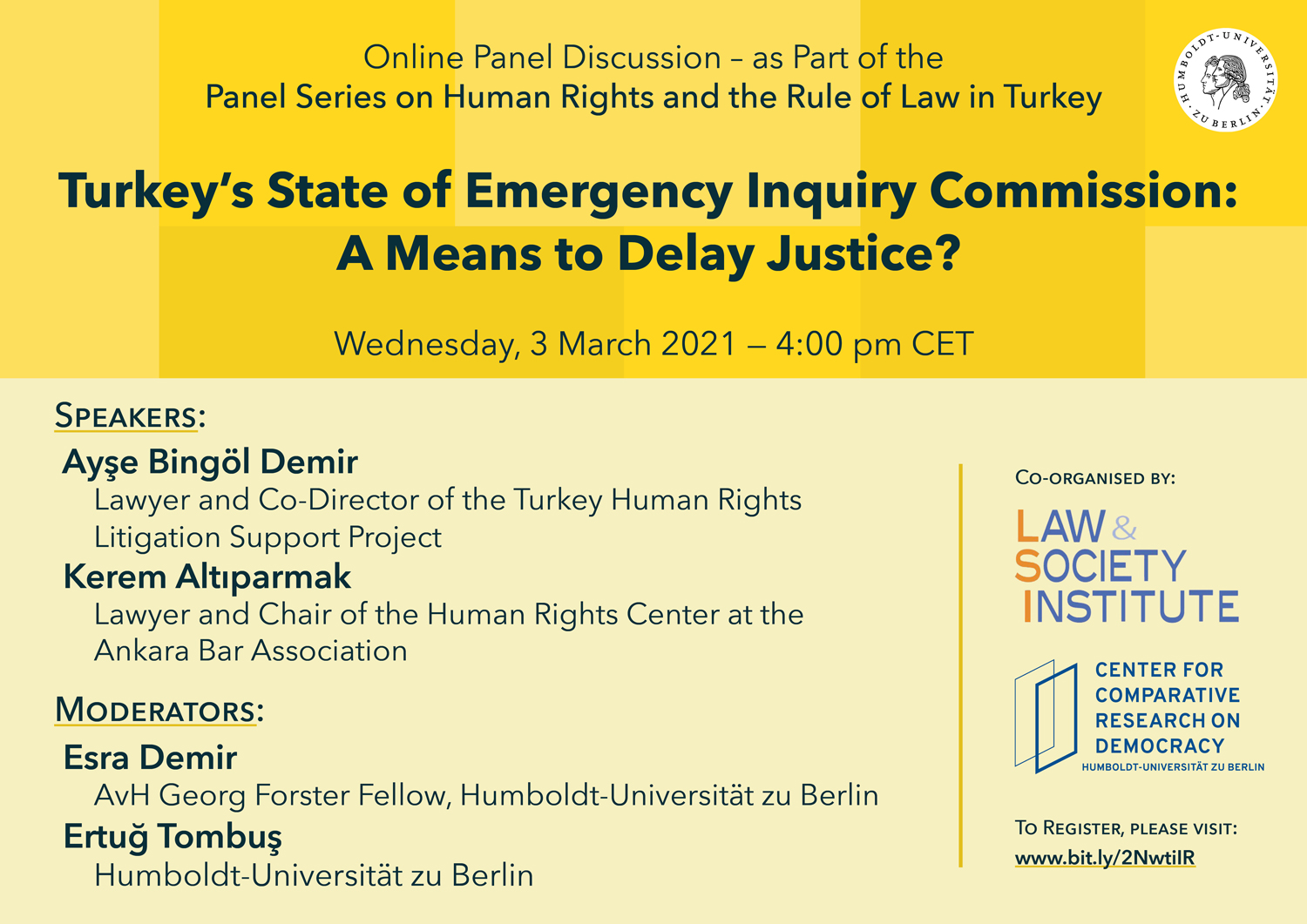 The panel is part of a new panel series we are launching on Human Rights and the Rule of Law in Turkey.

The State of Emergency Commission was established in January 2017 with the recommendations of the Council of Europe. It was assigned to review the applications from those who were directly affected by the state of emergency measures. These included over 100,000 civil servants dismissed from public office, hundreds of students expelled from universities, and thousands of legal entities closed through the lists attached to the state of emergency legislative decrees. The State of Emergency Inquiry Commission has concluded 112,310 applications out of 126,300 in total so far. 14,320 files are still awaiting a decision from the Commission. More than four years after its establishment, we will discuss the Commission’s operations and decisions with two legal experts, Ayşe Bingöl Demir and Dr. Kerem Altıparmak.

The panel is co-organized by the Center for Comparative Research on Democracy and the Law and Society Institute at Humboldt Universität zu Berlin.