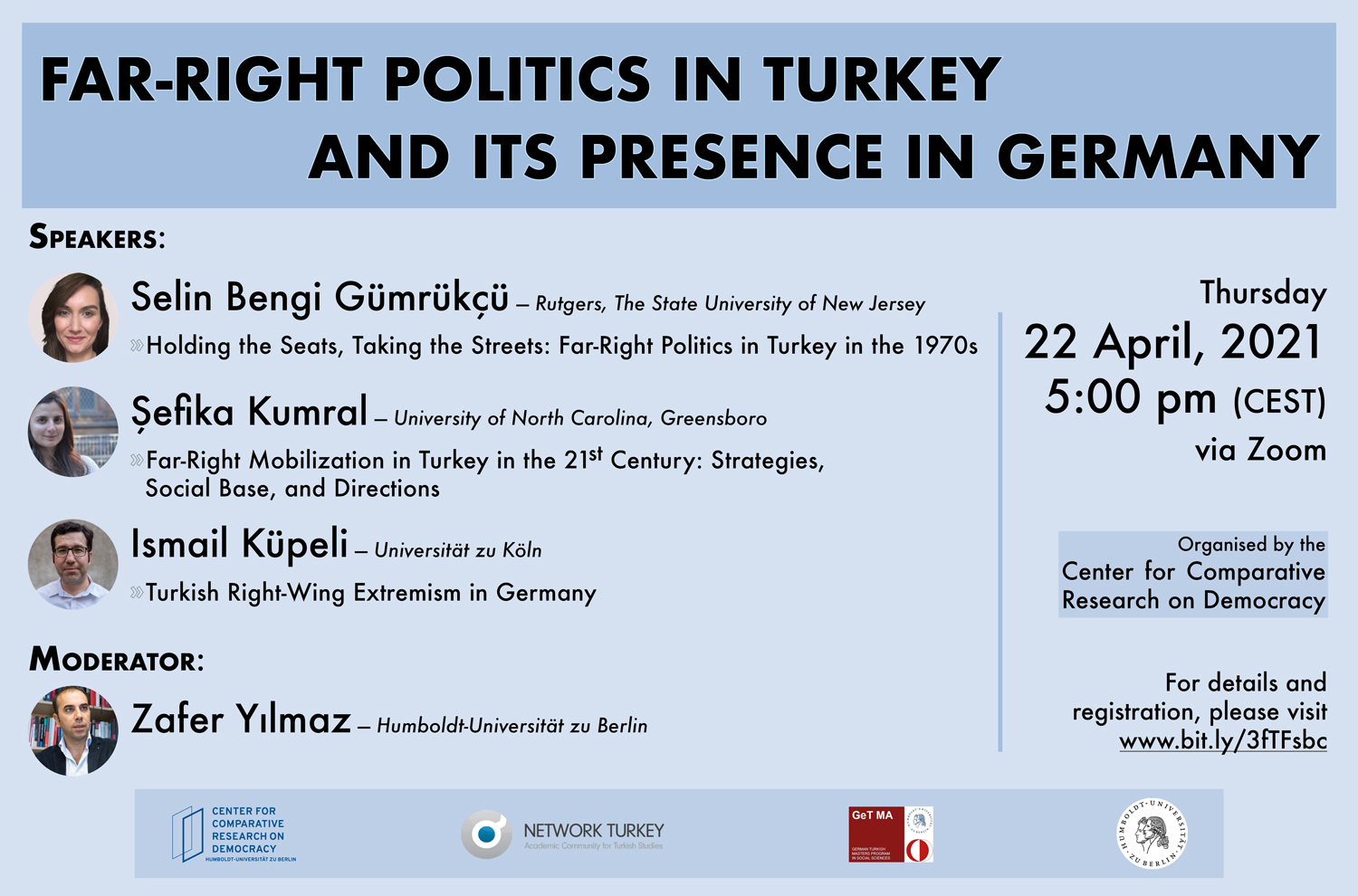 Far-right ideologies in Turkey are based on the belief in the superiority of the Turkish nation shaped by Turkish ethnic identity and Sunni Islam. The politics of the far-right Nationalist Movement Party (MHP) and its militant organizations hold an important space in the rise and mobilization of extreme right movements in Turkey. As the main organization defending and spreading far-right ideologies, Ülkü Ocakları (Idealist Hearths), also known as Bozkurtlar (Grey Wolves), established by Alparslan Türkeş in the late 1960s, became one of the most active youth organizations in the 1970s. The “idealists” also played a significant role on the streets in stirring up mass violence against leftists, religious and ethnic minorities such as the attack against Alevis in the province of Maraş in 1978. These political conflicts are also being reflected among Turkish migrants in Germany. With numerous associations, several umbrella organizations and more than 18.000 members, Bozkurtlar is the largest right-wing extremist organization in Germany.

With our panel on “Far-Right Politics in Turkey and its Presence in Germany” we want to discuss why and how Turkish far-right movements used political violence by looking at the case of the ülkücü movement in Turkey. Which continuities of bogeymen can be seen in contemporary far-right politics and how are they being instrumentalized? At the same time the panel will shed light on the impact of these political developments and happenings on Turkish far-right organizations in Germany: How do Turkish nationalists organize themselves in Germany? What is the role of associations in terms of indoctrination and mobilization? What is the role of German integration politics within this context?